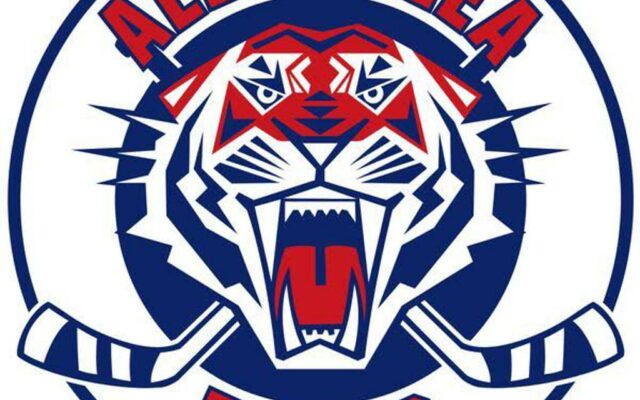 Albert Lea hosted Rosemount on Tuesday night, in a matchup against an Irish team that is AA, Albert Lea in A. Tigers found themselves down 2-0 early, but they would rally in the 2nd with a goal at the 2:54 mark, Morgan Goskeson (12th of the season) assisted by Haley Austinson.  Albert Lea would tie things up at the 2:08 mark of the 3rd period, goal by Shelby Evans (11th of the season) assisted by Aryah Hansen.  Neither team would score again and it ended up a 2-2 overtime tie.  Better outcome for Albert Lea compared to the first matchup this year that Rosemount won 4-0.  Irish outshot Albert Lea 45-20.  Jayda Moyer was in net for Albert Lea.  Tigers are now 12-6-1 and head to 17th ranked in Class AA Northfield on Thursday, game on KATE Radio