47 cats living in car rescued from hot weather in Minnesota 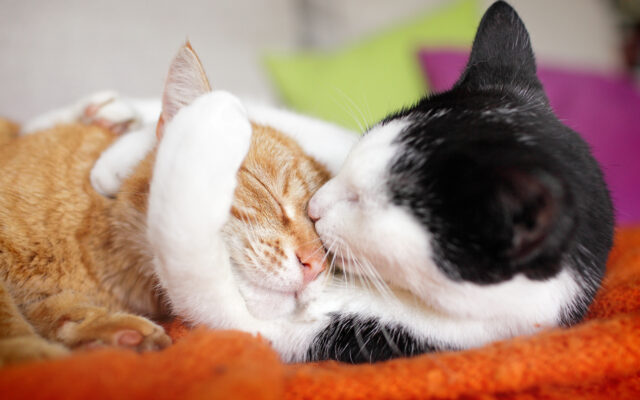 close-up of two cats, the female one hugging and kissing the ginger tomcat, both ot them lying on a couch with blanket and cushions

HARRIS, Minn. (AP) — Authorities say 47 cats were rescued from a vehicle that was parked in sweltering heat at a southeastern Minnesota rest area. The cats discovered Tuesday about 50 miles north of Minneapolis were living in the car with their owner who recently became homeless and didn’t want to leave the animals behind. Animal Humane Society investigator Ashley Pudas says the owner recognized the heat made it impossible to care of the cats and he welcomed the help. Despite the heat and unsanitary conditions, most of the cats had only minor medical issues. The cats range in age from less than a year to more than 12 years old. They will eventually be sterilized and made available for adoption.