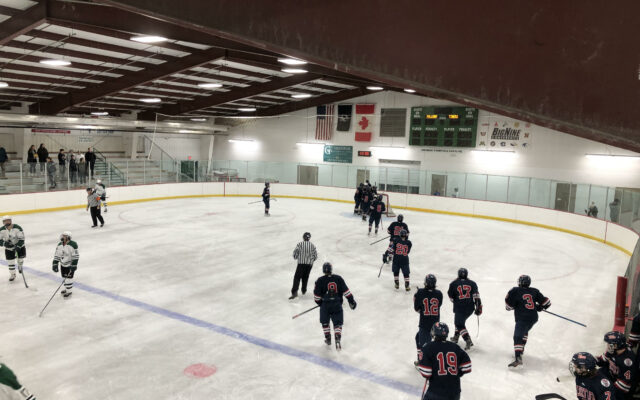 In the first period, Tigers got goals by Max Edwin and Conner Pirsig to go up 2-0.  Jack Ladlie would score his first goal of the season in the 2nd, to put Albert Lea up 3-0. Faribault would score twice in the 3rd to cut the lead down to 1, and would pull the Goalie late to skate 6 on 5, but Albert Lea held on for the win. Falcons were 1 for 3 on the power play, Tigers 0 for 5.  Albert Lea out shot Faribault 30-19, Ledger Stadheim with the win in net. Tigers are now 1-0 in the Big Nine 3-3 overall, and will travel to Bloomington Kennedy on Saturday for a 3pm start.  Listen back to the broadcast with KATE Sports Director Aaron Worm by clicking play below