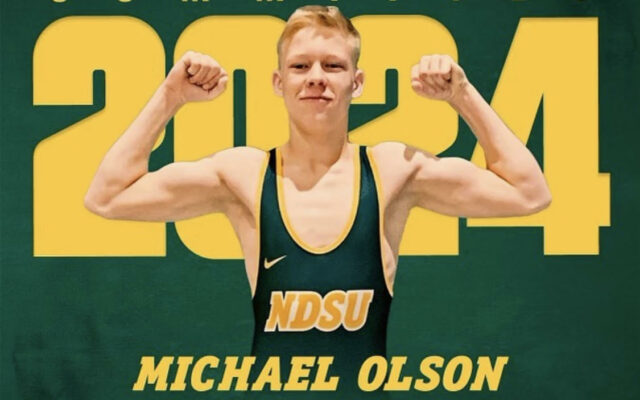 Albert Lea Junior Wrestler Michael Olson, who won the State Title at 106 last season, and took 1st at last year’s Rumble on the Red in Fargo, has announced his verbal commitment to North Dakota State.  Olsen told CMNWrestle about his commitment, saying “It’s Fargo Baby, From the beginning something about NDSU just felt right.  The program has strong academic expectations, an amazing coaching staff, and a room full of guys who are tough as nails.  I fit in well up there”

Olson, a former KATE Produce State Bank Athlete of the week, can only verbally commit as a Junior, but next year can sign his letter of intent.