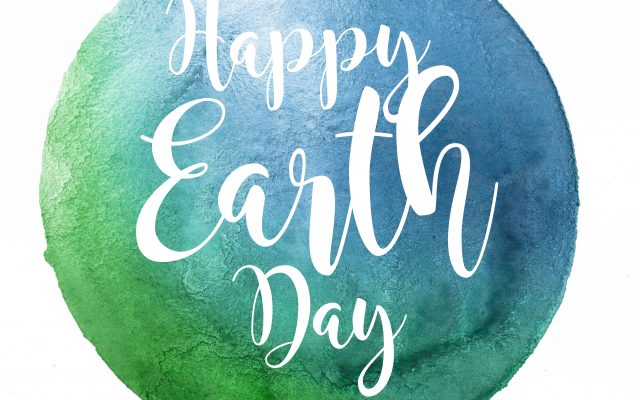 MANKATO – The Minnesota Soybean Research & Promotion Council (MSR&PC) and the Minnesota Soybean Growers Association (MSGA) join the agriculture community in celebrating Earth Day 2021. From the use of biodiesel to innovative production practices, along with the use of renewable products, Minnesota’s nearly 28,000 soybean farmers are doing their part to nourish the environment while keeping their operations flourishing.

“Earth Day is an opportunity to share how we as farmers focus on soil health and renewable energy,” said MSR&PC and United Soybean Board Director Rochelle Krusemark, who recently participated in a Coborn’s Facebook Live interview during which she showed how her Martin County farm engages in sustainable practices.

Over the course of nearly 15 years, biodiesel is continuing to help clean Minnesota’s air. In 2020 alone, using B20 in the summer and B5 in the winter reduced an estimated 1,252,967 tons of CO2 from reaching the air. This equates to removing the emissions of nearly 246,000 passenger vehicles each year. Biodiesel greenhouse gas (GHG) reductions are on average 80% below petroleum diesel. Studies show biodiesel lowers particulate matter by 47%, decreasing smog and improving Minnesota’s environment. Each year, MSGA farmer-leaders underscore to legislators and state officials that cleaner-burning, renewable biodiesel displaces roughly 130 million gallons of petroleum diesel in Minnesota.

“We know that biodiesel is a proven, reliable solution to address climate and energy concerns,” said MSR&PC Senior Director of Product Development & Commercialization Mike Youngerberg, who’s also executive director of the Minnesota Biodiesel Council. “From the soybean farmers who grow the renewable fuel to the end users, we all reap the benefits of the less-carbon-intense, greenhouse gas-reducing fuel.”

Farmers are also engaging in climate-smart practices to address climate change. While agriculture only contributes 9% of U.S. greenhouse gas emissions, it offers a variety of opportunities to reduce emissions and cut carbon from the atmosphere. These practices include: alternative tillage methods, including no-till; nutrient management; precision agriculture; cover crops; rotational systems and more.

National checkoff and advocacy groups representing the more than 500,000 soybean farmers in the U.S. have outlined a set of environmental goals by 2025, including:

“The checkoff focuses its investments on projects that give farmers the tools and resources they need to be resilient while striving toward profitability and sustainability,” said Krusemark, who also served on the working group of the U.S. Farm and Rancher Alliance’s Transformative Investment in Climate-Smart Agriculture report. “The U.S. soy industry strives to be a global leader on sustainability and soil health initiatives.”

“The program brings awareness, and you get to thinking about other things you can do on your farm to be an even better steward of the land,” said MSGA Vice President Mike Skaug, who enrolled in 2018.

The dual organizations are also promoting – and advocating for – the use of biobased products. According to the American Lung Association of the Upper Midwest, biobased products made with soybean oil contain fewer toxins and harmful chemicals than petrochemicals. Using soy-based products improves indoor air quality and lung health.

The soybean checkoff has invested in research and development of soy-based products to increase and diversify demand for U.S. soy. These investments have resulted in the commercialization of building materials that eliminate formaldehyde, a possible carcinogen, from wood paneling, laminate flooring and plywood. Roof Maxx, a soy-based roof rejuvenator, saves 3.8 tons of waste from landfills, 80 kilograms of CO2 emissions and 1,420 kilograms of CO2 emissions following application to just a single home.

For the past five years, the Council has directed checkoff resources into RePlay Agricultural Oil and Preservation Agent, a biobased asphalt pavement preservation agent. RePlay is 88% biobased, has a negative road carbon footprint and is used in more than 30 countries, including nearly 400 applications (roughly 150,000 lane miles) in Minnesota. Goodyear Tire, with support from checkoff investments, reports using soybean oil in its tread compound reduces energy consumption; the company is also pledging to replace all of its petroleum-driven oils with soybean oil by 2040. This summer, the Council is launching a statewide campaign promoting the benefits of soy-based tires.

“These tires show not just farmers, but anyone who drives a vehicle, that using homegrown, sustainable products doesn’t mean compromising on quality or performance,” Council Director Gene Stoel said.

The Minnesota Soybean Research & Promotion Council oversees the investment of soybean checkoff dollars on behalf of the nearly 28,000 soybean farmers in Minnesota. The Council is governed by the rules of a federally mandated checkoff program that requires all soybean producers pay a fee on the soybeans they sell. This money is used to promote, educate and develop market opportunities for soybeans.

About the Minnesota Soybean Growers Association