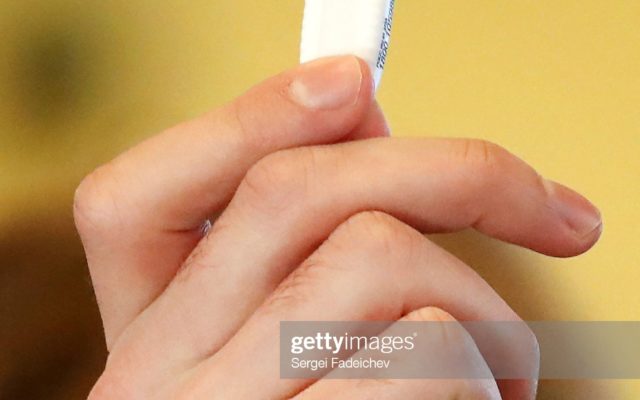 MOSCOW, RUSSIA - SEPTEMBER 19, 2021: An electoral official shows an electronic token as the encryption keys are put together for counting votes of those who used remote electronic voting, at the Central Election Commission information centre during the 2021 Russian parliamentary election. Russia held legislative elections on 17-19 September 2021. Voters went to the polls to elect members of the Russian State Duma (the lower house of the Russian parliament). In 9 constituent regions of Russia, voters also went to the polls to elect heads of regional government, and in 3 more constituent regions, regional legislative assemblies voted to elect heads of regional government. 39 constituent regions of Russia held regional parliamentary elections. Sergei Fadeichev/TASS (Photo by Sergei FadeichevTASS via Getty Images)

A ransomware attack has forced a cooperative of Iowa corn and soy farmers to take their computer systems offline. But a person close to the New Cooperative says it has created workarounds to receive grain and distribute feed. The cooperative said in a statement that the attack was “successfully contained” and that it notified law enforcement. The attack hit just as Iowa’s corn and soy harvesting is getting under way. New Cooperative did not say whether it had paid a ransom. A security researcher said the criminals had demanded $5.9 million.