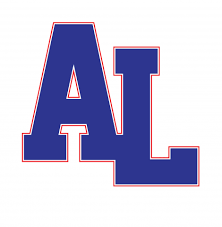 ALHS is  very pleased to welcome Jay Enderson as our next
Head Baseball coach pending board approval.
Jay is a lifelong resident of Albert Lea and a graduate of
Albert Lea High School. Jay is married to Cheryl, who is a
nurse at Mayo Health Systems. Jay has three sons Josh, Alex,
and Logan. Jay is owner of Three Oak Winery in Albert Lea.
Coach Enderson has been involved in Albert Lea baseball for
over 20 years. He coached Albert Lea youth baseball (park
league and traveling teams) from 1998 – 2007 and was an
Albert Lea Youth Baseball Association board member from
2004 – 2008. Jay was Albert Lea junior high coach from 2007
– 2009 and Albert Lea Baseball Booster board member since
2009 and has been board president since 2012. At the high
school level Jay has coached Albert Lea since 2009 in various
roles, most recently as the varsity assistant. He has also been
involved in VFW and Legion baseball since 2012.