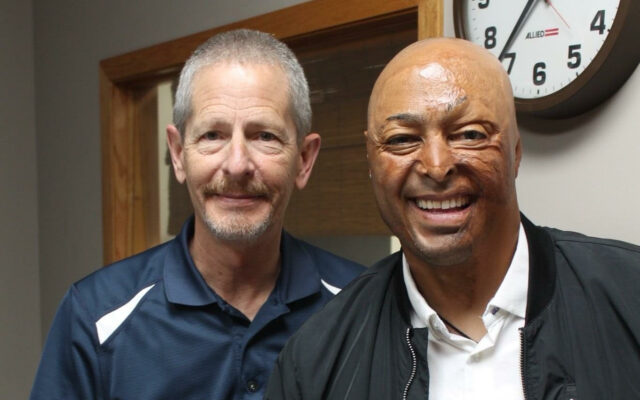 JR Martinez stopped by the KATE Studios when he was in town this week and talked with Mike Woitas.

Martinez is an American actor, motivational speaker, and former U.S. Army soldier. Starting in 2008, he played the role of Brot Monroe on the ABC daytime drama All My Children. He is the winner of Season 13 of ABC’s Dancing with the Stars. Martinez served as the Grand Marshal of the 2012 Rose Parade. (From Wikipedia)