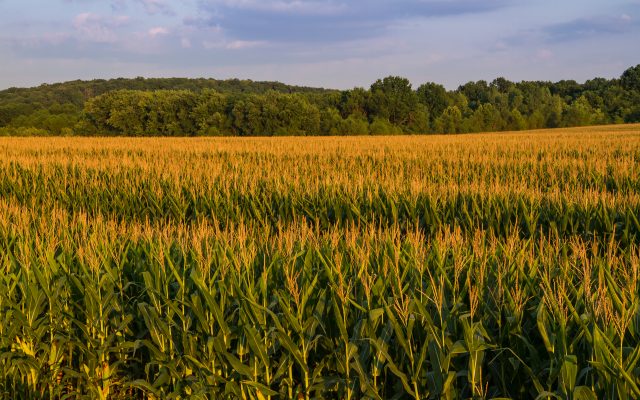 Field of corn in the Midwest glowing gold from the sunset.