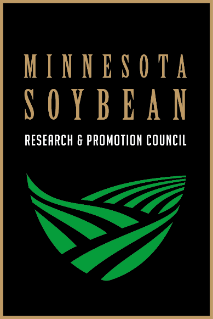 Funded in part by soybean checkoff dollars and administered by University of Minnesota Soybean Extension Agronomist Seth Naeve, the report is intended to provide new crop quality data to aid international customers with their purchasing decisions.

“The major export route for Minnesota soybeans is via Pacific Northwest ports, and 90 percent of PNW soybean exports go to China, which has a maximum allowed FM content rule of less than one percent FM,” Nill says.

In December 2017, China announced the country would only allow No. 2 soybeans from the U.S. with less than 1 percent FM present, which was formerly set at less than 2 percent. Fortunately, Minnesota soybean farmers were already producing soybeans under the new criteria and have continued to do so year after year.

Along with foreign material, the quality report shows the protein and oil percentage, along with amino acid levels for Minnesota soybeans.

“Typically, whole soybeans and soybean meal have been valued largely on crude protein quantity,” says Patrick O’Leary, MSR&PC director and chair of Northern Soy Marketing. “But through the use of checkoff funds, we’re working to change the language of soybean quality, focusing more on essential amino acids and its impact on our customers.”

Amino acids are the “building block” organic compounds required to synthesize the proteins animals need for health and growth.

“A higher crude protein does not necessarily equate to a better nutritional value in feeding monogastric animals,” O’Leary says. “True protein quality is based on the presence and balance of essential amino acids.”

O’Leary says this research is being communicated to international customers and end-users through Northern Soy Marketing, a farmer-led board formed by the soybean checkoff organizations of Minnesota, North Dakota, South Dakota and Nebraska. One of the goals of the group is to shift soybean value paradigm from crude protein to nutritional value.

“Northern U.S. soybeans typically have a lower crude protein when compared to the rest of the country,” Nill says. “But lower crude protein usually translates to a higher proportion of the five most critical essential amino acids, which is more beneficial to the overall health, fetal development, muscle growth, and production of meat, milk and eggs in monogastric livestock, poultry and farm raised fish.”

According to the 2021 Soybean Quality Report, the sum of the five essential amino acids, expressed as a percentage, was 15.0.

“This Soy Quality Report is a critical resource when promoting our soybeans overseas,” O’Leary says. “It’s just one more supporting document we can use to highlight the true quality of our beans.”