NRHEG Softball moves on to Section Semifinals, and Prep scores from June 3rd 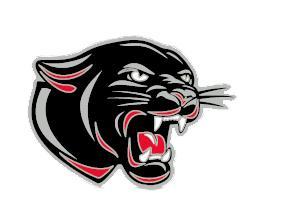 NRHEG moves on to another Elimination game and will face 2nd seeded Blue Earth on Saturday at 1:30 in Gaylord

USC survives and will play Saturday at 2:30 at Riverland against the loser of the game with 2nd seed Lyle Paceli and 3rd seeded Southland those two teams play on Saturday at noon

Panthers move on to the Winner bracket semifinals against top seeded LeSueur Henderson at 2 pm Saturday at Caswell Park in Mankato.

The AL girls golfers competed in the Section 1AAA finals today in Cannon Falls.  The Tigers remained in 6th place after the days events shooting a 408 bettering their first round score by 1 stroke.  Scoring for the Tigers were Allyssa Jensen 88, Whitney Mullenbach 95, Jessica Vogt 111, Sydney Fornwald 114, Ashlyn Berven 122, and Addison Herr 123.

Coach Shawn Reibe said “I know Whitney was disappointed that she didn’t make it to the state tournament after being in 5th place after day 1, but this was a great learning experience for her.  She missed going to state by 5 strokes and Alyssa missed it by 10.

This team is young and should get a lot of playing time this summer.  I am hoping for big things from this team in the next 2 years or 3 years.  This is a great group of young ladies that I look forward to working with in the future.”