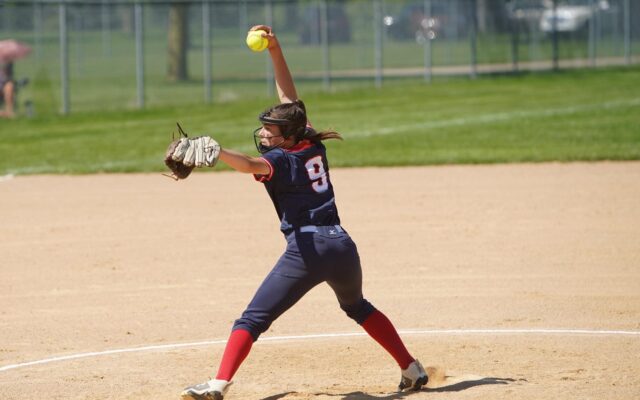 This weeks Produce State Bank Athlete of the week is United South Central 8th grade Softball player Mariah Anderson.  Anderson led the Rebels to an opening day win on Monday 6-3 over Southland, striking out 15 on the mound, and going  3 of 4  with 2 doubles and 2 RBI, while also scoring 2 runs

Head Coach Brandon Neseth said She is a great student in the classroom and works hard on her craft as she plays softball year-round in Mankato in the off-season. She has put the necessary work in for their team to be much more successful than it was last season.   As a 7th grader Anderson led the team in hitting  with a .286 average. In the pitcher’s circle, she had 127 strikeouts in 77 innings pitched and was the winning pitcher in each of the 3 wins the Rebels picked up last season