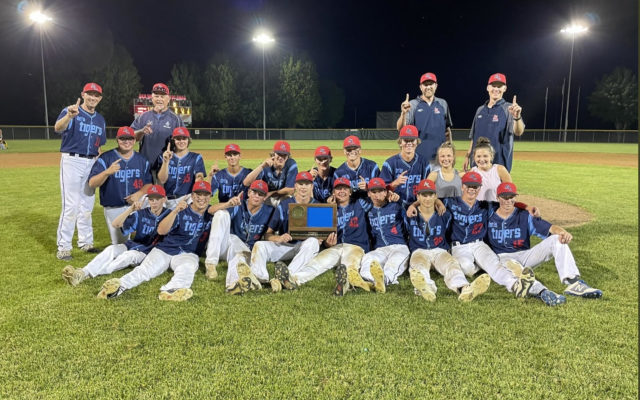 It took extra innings, and 52 years, but the Albert Lea Baseball team punched their ticket to the state tournament with a 9 to 5 win over Byron in 8 innings.  Coming into the day, Albert Lea needed to win once, Byron needed to win twice and the bears forced a decisive Final game in the Section 1 3A tournament by beating Albert lea 8 to 1 in game 1.   In the 2nd game, with things tied at 2 in the 4th, Henry Eggum hit a bases clearing double to put Albert Lea up 5-2. Byron would claw its way back with 2 in the 4th and 1 in the 5th to tie things at 5.  Byron had the game winning run on 2nd in the bottom of the 7th, but could not drive him in. Tiger bats got hot in 8th, scoring 4 runs off of 4 hits including a double by Blake Ulve that scored two. Byron would get a couple of runners on in the bottom half of the 8th, but never get the tying run to the plate, as Albert Lea wins 9-5 in 8 innings to advance to State for the first time since 1969.  Tigers will play on Tuesday June 15th in the Class 3A State Quarterfinals at the Mini Met in Jordan. Opponent and time of the game still to be determined