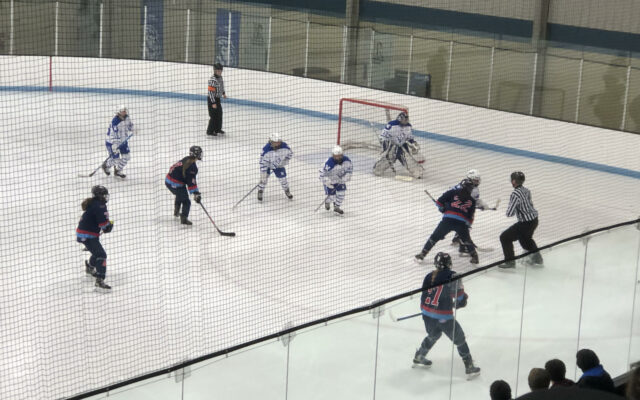 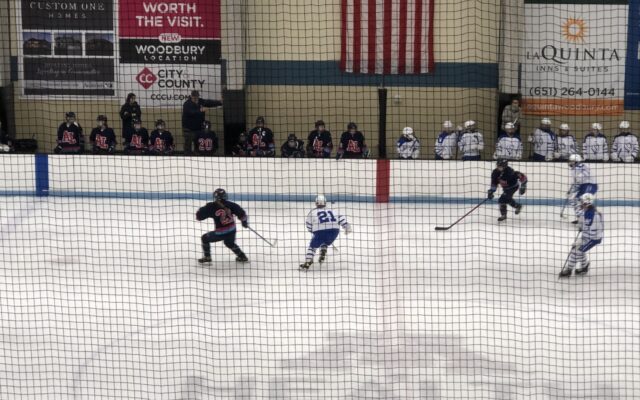 The Albert Lea Girls Hockey team made the long trip to Woodbury on Tuesday night, and fell in Non Conference action 4-1.

Game was scoreless after 1 period, and Albert Lea took the lead on a power play goal by Freshman Mika Cichosz early in the 2nd period to go up 1-0.  Woodbury would answer with 2 goals in the 2nd, and 2 more in the 3rd to win 4-1.  Woodbury outshot Albert Lea 42-21 for the game.

Albert Lea falls to 0-1-1 on the season, and will travel to Red Wing on Thursday, and will host Gentry Academy on Saturday.  Our next broadcast of Albert Lea Girls Hockey is Tuesday November 23rd when the Tigers head to Austin, game on KATE