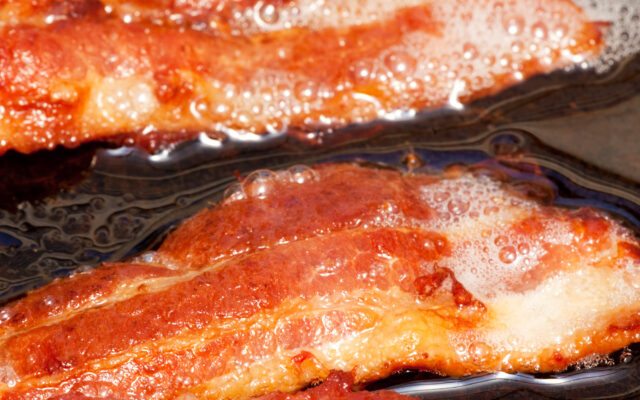 Bacon detail frying in a frying pan with grease

The Supreme Court will hear arguments Tuesday over a California animal cruelty law that could raise the cost of bacon and other pork products nationwide. The case’s outcome is important to the nation’s $26-billion-a-year pork industry. But the outcome could also help define the limits of states’ ability to pass laws with impact outside their borders, including laws aimed at combating climate change or improving drug prices. The case before the court involves a California law that says pork sold in the state needs to come from pigs whose mothers were raised with at least 24 square feet of space, including the ability to lie down and turn around.