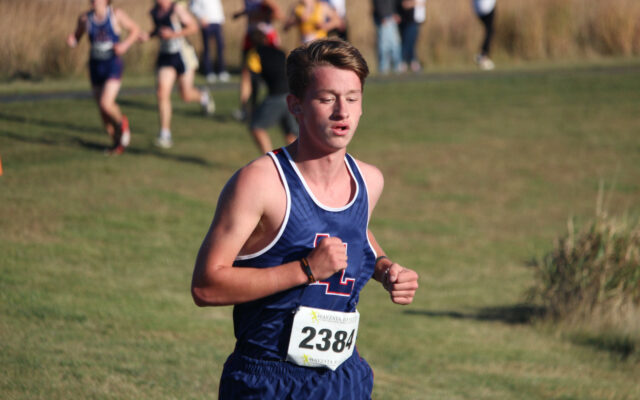 Attached are results from Albert Lea CC at Mankato West.
AL CC @ West
Star runner boys-Gavin Hanke
Star Runner girls-Elle Schulz
Team place boys 2/8
Team place girls inc.
Comments-The Albert Lea Cross country team finished a tough stretch of races and excelled.  The coaching staff is so proud of the runners as many of the runners were able to run personal best times on a course that they were not familiar with.  We have just started to incorporate speed into the workouts and it appears to be paying off with great times and places against top competition.  The runners should be so proud of what they have been able to accomplish so far in the season.
Boys-The boys were amazing today as they ran with a purpose and they accomplished that purpose of taking 2nd place against many top teams in section 2 AA and in the big 9.  Gavin Hanke led the way with an impressive 3rd place finish and a season best time of 16:32.  Gavin has been to put together a number of races in the 16 minute range and he is motivated to keep getting better.  Gavin was followed by a pack of runners that all had personal best races.  The most impressive part of the race was how the boys packed up and were able to keep the pack together and move the pack up toward the end of the race.  The coaching staff is so proud of the effort the boys had today.  In 12th place was Isaiah McGaffey with a time of 17:34, Ty Stout was in 15th place at 17:42 followed by Pacey Brekke in17th place with a time of 17:51 and rounding out the top 5 was Luke Wangsness in 20th place with a time of 18:08.  The boys battled and defeated teams like Rochester Mayo and Mankato West who had defeated the Tigers earlier this season.
Girls-the girls were an incomplete team but this did not stop the girls from having an outstanding meet.  The girls packed up in the race and finished close together.  The girls were running with a great deal of confidence and it showed today as Elle Schulz led the way for the lady tigers with a personal best time of 21:42 for an 11th place finish.  Elle has had a great season so far and the coaching staff have asked so much from her and she has responded each time the coaching staff asks more from her.  Following Elle was Jai Maligaya in 18th place with a season best time of 22:03 and Mya Hanke rounded out the girls varsity squad in 32nd place with a time of 23:45.  The girls ran so well today, the coaching staff believe that once we have a complete team we will be able to compete inthe big 9 and the section.
Next race is 10/6 in Owatonna