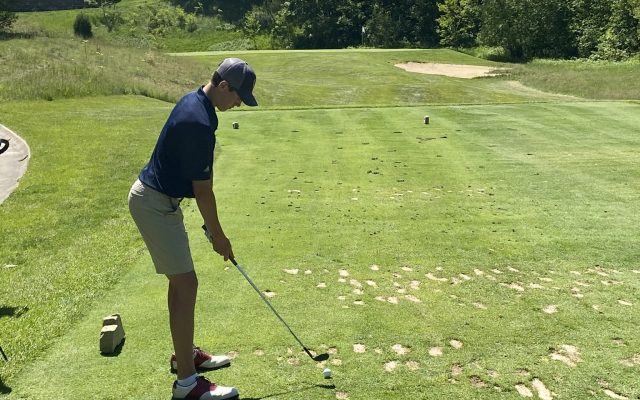 Albert Lea Sophomore Drew Teeter, advanced to the State tournament after shooting at 69 for a 2 day total of 146 at the Section 1 3A tournament at the Jewel Golf Club in Lake City.  Teeter finished 4th, with the top 5 individuals that were not on the section winning team, advancing to State.  Teeter’s 69 was one of only 4 scores that were under par.  The Tiger Boys finished 6th overall.